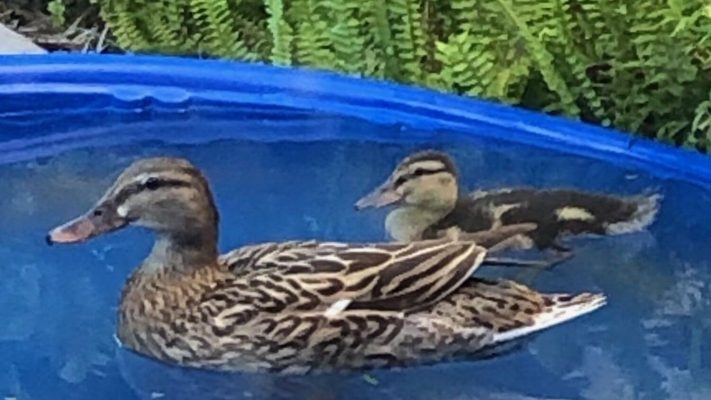 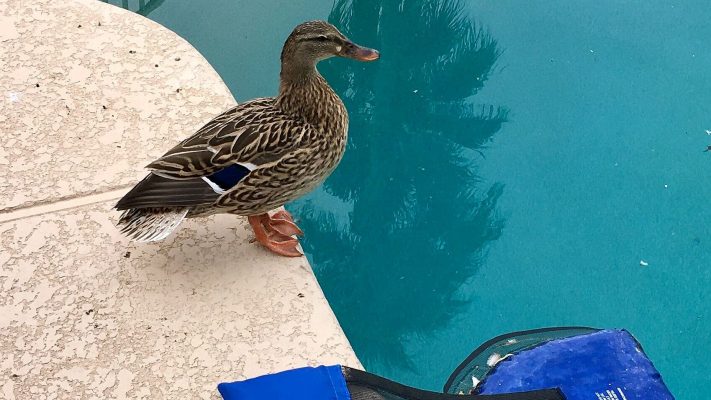 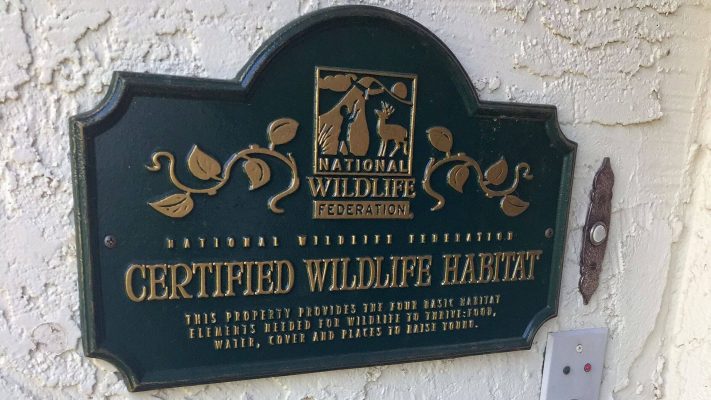 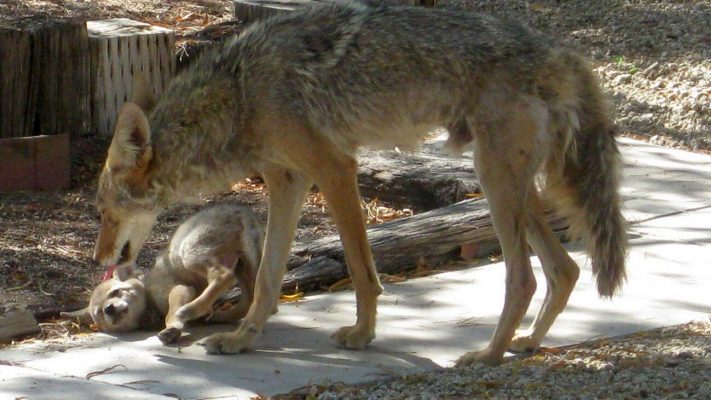 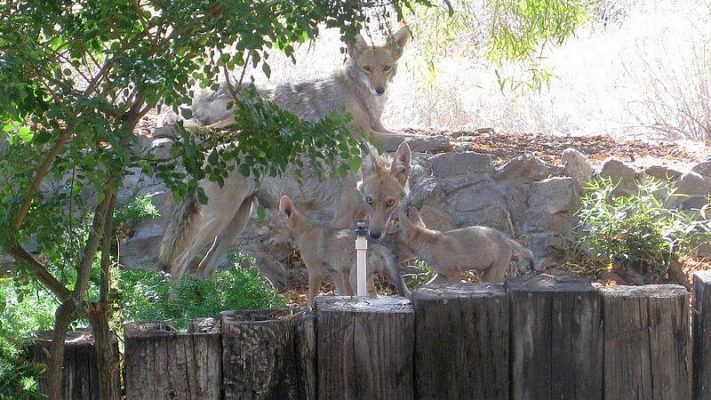 Wildlife are up close and personal in northern Phoenix. A patchwork of desert preserves, parks and arroyos along with an artificial river/ lake environment offer habitat for the original residents of this desert valley.

My youngest sister’s house backs right up to Sonora desert. Visitors have included coyote pups, lizards and rabbits along with hawks, owls, Abert’s towhees, Gila woodpeckers, cactus wrens, mockingbirds, curve-billed thrashers, ground squirrels, geckos and desert toads. She and her husband have trapped and rescued feral cats eking out an existence in nearby washes and rescued lizards from their cat.

My mom also had wildlife dealings. The wash near her house was ideal for daily walks and home to Gambel quail who lined her backyard wall every evening, demanding dinner. We think coyotes dined on her large tomcat who disappeared on one of his nightly prowls.

Evenings hiking the Phoenix park trails, we’ve heard coyotes howling eerily. We once saw a very skinny coyote roaming the neighborhood and left out some meat bones near the driveway. Next morning every bit of bone was gone.

My middle sister’s swimming pool, grass and trees attract hummingbirds, quail, doves, rabbits and mallard ducks. A few years ago, her cat apparently noticed her delight with a pair of large hummingbirds so “she got them for me,” my sister reported. First the male and then his mate were neatly laid out near the back door, a predator’s gift. Her cats no longer prowl outside.

My sister’s love of animals is evidenced by three “rescue cats” and regular mail appeals from the many charities she supports. She puts out grain for the quail and wild bird seed and antibiotic scratch for the ducks. For a time, she put out nightly snacks for a little raccoon family—until roof rats also found the bounty.

On a recent morning, she was out scattering seed among milling birds when a peregrine falcon swooped down next to her, caught a dove and flew away.

Two years ago, a mallard hen showed up on the pool—with a tiny duckling. The baby hen couldn’t climb out of the pool; so a paddle board was installed. In the summer, the two ducks flew away.

The next spring, a mallard pair arrived at the backyard. The hen waddled right up to the sliding glass door. Perhaps the foster child had returned with her mate. The hen seemed comfortable, clucking softly if my sister approached.

Later in the season, competing drakes arrived at the yard, attempting en masse to mate with the female. (This is common duck behavior; see links below) We took turns yelling at or hosing unwanted males who flew off quacking. My sister was worried the hen might nest in her yard; this did not happen.

The pair returned this year. They came at odd hours, often near noon. In the morning and evening, lone drakes would hang out at the pool until we drove them off. We are not sure but perhaps the pair was using an avoidance strategy.

The female produced 13 eggs—nesting in a little foyer by our neighbors’ front door. Perhaps she liked their yard, which is a “certified wildlife sanctuary.” (See link) . The neighbors installed a wildlife camera. When one egg hatched, a small wading pool was provided for the duckling. The neighbors also gave my sister some duck ladders (found on Internet) for her pool in case the family visited.

Perhaps Mama Duck chose the foyer as protection from a pair of Great Horned Owls who nest in large pine trees in the same yard. But it also was a trap. A night phone call informed that a raccoon had raided the nest for eggs; hen and baby were traumatized but unharmed. That round.

The duckling grew. Other eggs did not hatch. My sister and neighbor discussed whether to remove the unviable eggs when Mama was absent.

I slept through the latest duck drama. In the wee hours, the hen landed on our pool and began swimming in circles, quacking frantically. My sister texted the neighbor. The duckling was gone. No witness to the abduction; the wildlife cam showed more raccoons in the yard. Or perhaps the owls found the nest.