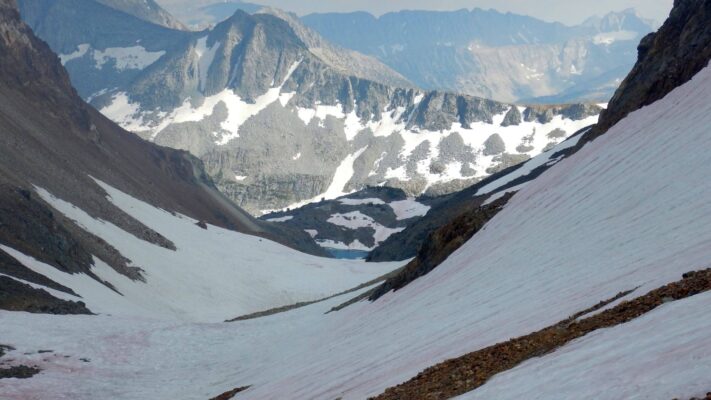 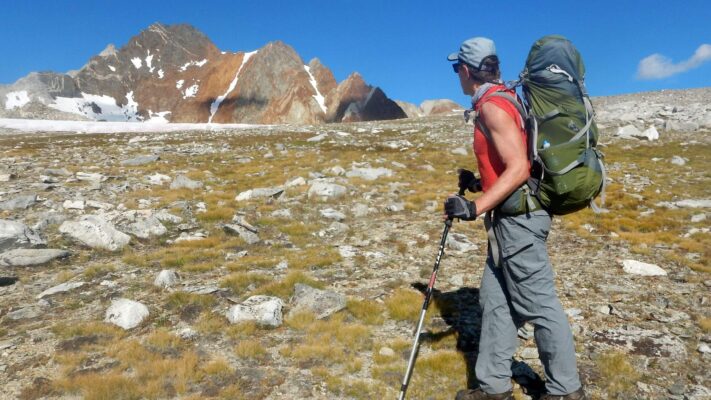 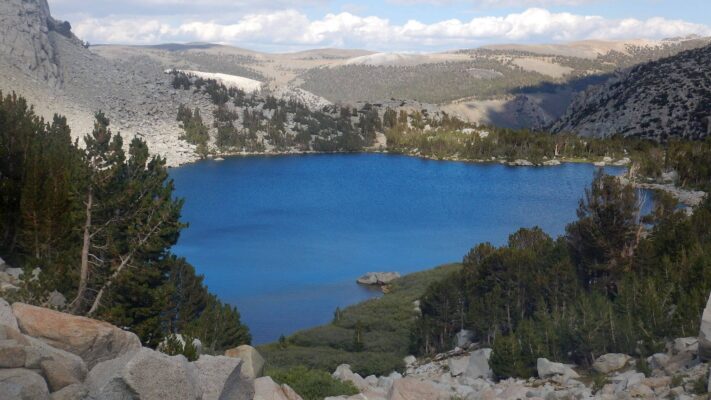 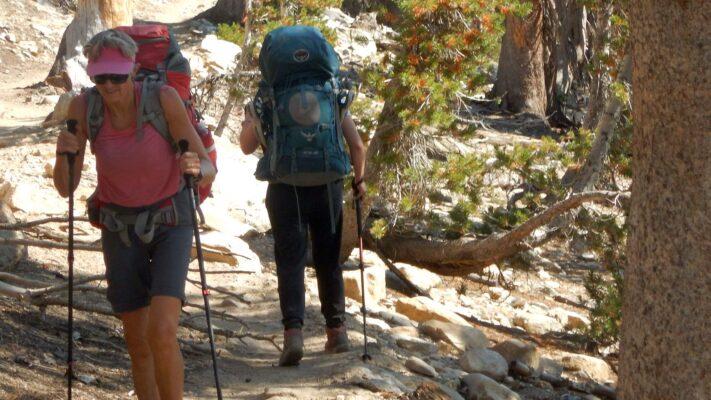 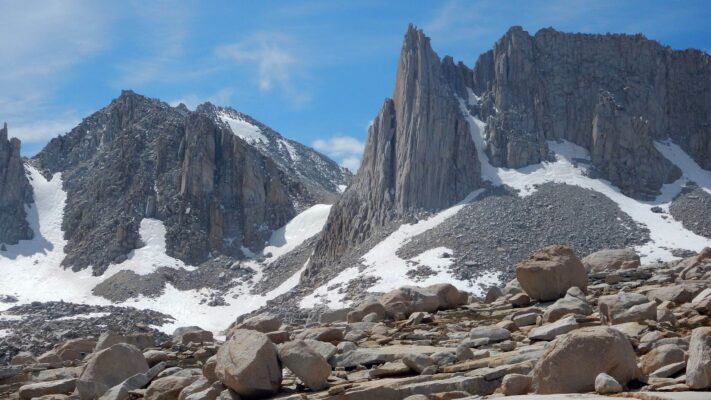 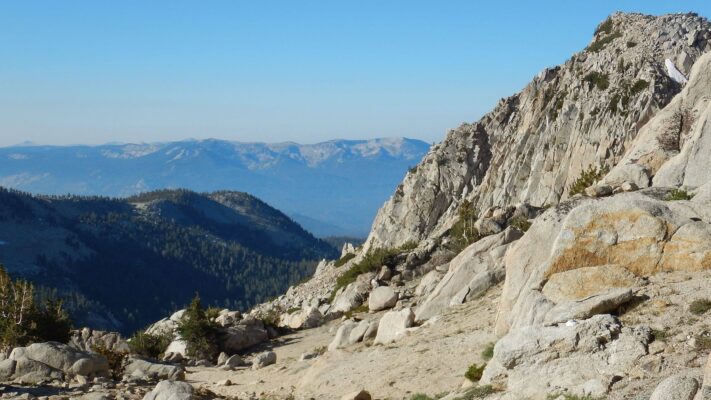 Avoiding crowds in popular areas is always a challenge; and California’s iconic High Sierra mountains have always drawn people. First, they are only hours from the heavily populated California coastal cities. Second, their iconic splendor graces many scenic calendars. And third, they are world famous and on too many people’s bucket list.

A few years ago, David and I literally stumbled onto probably the most popular path in these beloved alpine mountains: the John Muir Trail (JMT).

We spent a total seven days on the JMT as part of a three-week 261-mile loop through the Sierras to celebrate our 40th anniversary and try to figure out where we went for our honeymoon in 1977. Back then the only backpackers we met were a few thru-hikers on the Pacific Crest Trail (PCT). When David planned the trip the JMT wasn’t on his radar, although this section of the PCT is “the most popular trail in North America” according to Wikipedia (which charts JMT as 214 miles while Park Service and the Pacific Crest Trail Association say 211).

It’s hard to know exactly how many people hike the JMT each year; entry points in Yosemite National Park limit 45 hikers per day with a permit system based on lottery but hikers also enter from many other trailheads on adjacent national forest. “The JMT is insanely crowded,” posted one advice column. “While on the trail for only 13 days I counted over 1,800 people and this didn’t include the people in tents I couldn’t see.”

This does fit a recent trend we have noticed in our visits to about 65 wilderness areas over past eight years. Although many areas are lightly used, known features or loops close to trailheads are overused. Further, thru-hikes and loop hikes are the most popular; fewer people, mostly locals, do the traditional weekend trip into a lake basin.

The JMT fits the bill as perfect vacation thru-hike; it can be covered in three weeks by a reasonably fit hiker. A cottage industry of inholding lodges support thru hikers with zero-days and places to mail re-supply boxes.

In our case, ignorance was bliss. Not aware of the popularity of JMT, David planned a trip coming in from eastside of the Sierras, taking the JMT north as far as the scenic Minarets (part of the castle-like Ritter Range due west of Mammoth Ski Resort) looping back on parallel trails, rejoining the JMT, then leaving it at Kings River to make our way back to eastside of Sierras.

So we spent three days on eastside of Sierras crossing three gorgeous passes on a part of the 195-mile Sierra High Route (also unknown to us until this trip) and seeing very few people before we joined the John Muir Trail. Since most people hike JMT southbound from Yosemite to Mt. Whitney, we encountered dozens of southbound hikers on our way north. We also hit Labor Day weekend crowds coming in from Mammoth Ski resort.

Our southbound return on trail paralleling JMT once again offered only a few campers, mostly solitude, and inviting side trails to lake basins we didn’t quite have time to visit. We also inadvertently hiked a popular loop—a 54-mile route between North and South lakes on Eastside of Sierras that includes scenic Evolution Basin and John Muir Pass on the JMT.

See the aforementioned Sierra Nevada Trek for our map route. If you want to do the Sierras but would like occasional break from crowds, this route provides variety. The side trip to Minarets (Ansel Adams Wilderness) is well worth doing but NOT on a holiday weekend (we did it Labor Day). Unfortunately, it’s a convenient overnight loop between two trailheads with bus access from Mammoth Lakes Resort.

More adventurous can try the earlier-mentioned Sierra High Route which parallels the John Muir Trail, involves some lesser trails (such as those we traversed on eastside of Sierras) but also some cross-country routes. We met a few people doing portions this route. There are some online guides as well as the original book by Steve Roper who pioneered the route.

Our loop was almost entirely on trail. Two side trails (Hopkins Pass and Marsh Lakes) were shown as routes on our map and required some trail-finding but were mostly good lightly-used stock trails.

If you do our loop, you might plan a few extra days to check out some of the numerous side trails to lake basins. These excellent trails are hardly used at all except in areas serviced by outfitters with pack strings.